Are you fed up with stars, four rings and blue & white propellers in your street? Here is your chance.Just go Italian. With the Stelvio, Alfa’s first commercial SUV in its 100-year company history.

Tired of always seeing the mighty German SUV foursome cruising through Sandton and Constantia? What about some Italian flavour? A while ago Mother Fiat finally took notice and decided to lure Alfisti back. It worked bellissimo with the Giulia, which was launched a while ago to very high and well deserved praise. Will Stelvio, the first ever commercial SUV in 100 years of Alfa Romeo impress as well? 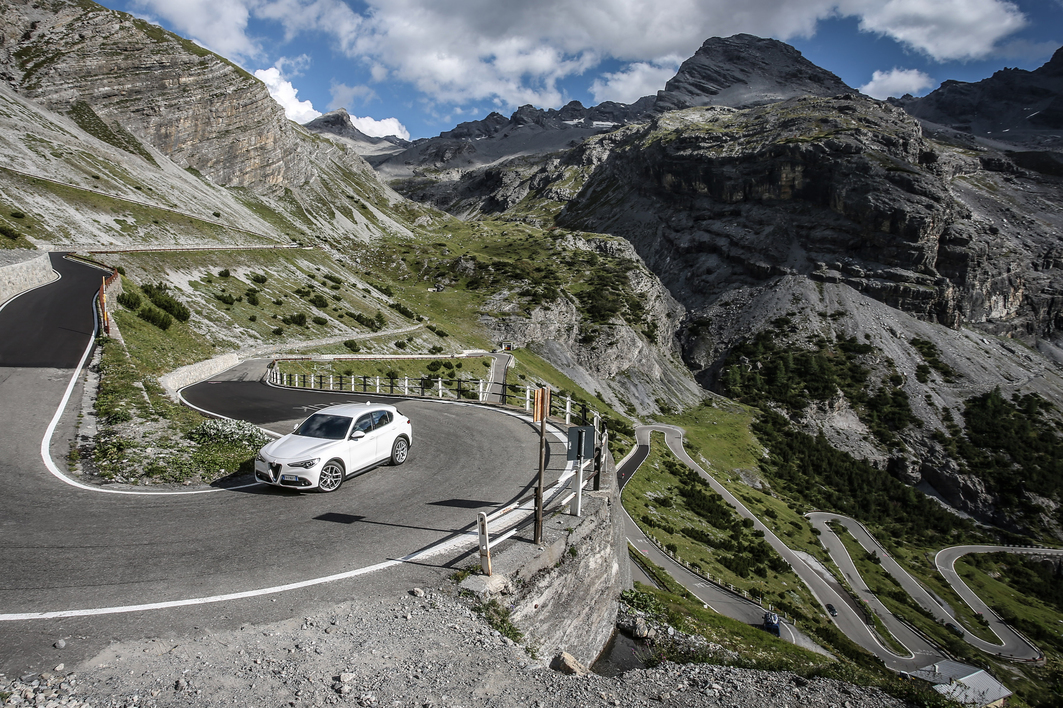 The Italian SUV is sharing the platform with Giulia, you’re just sitting 19cm higher. Giulia wearing heels. And what about the name? Stelvio Pass or, as the Italians call it passionately, Passo dello Stelvio, is one of the Alp’s most challenging mountain passes. And the highest one in Italy. Built in 1825 and attracting motorists ever since the birth of the automobile. 48 tight hairpin turns on the Northern side alone, 75 altogether. Snaking up to a breath-taking altitude of 2757 metres. In German the pass is known as Stilfser Joch. Imagine BMW would have named their SUVs, instead of going for Xes. BMW Stilfser does not quite have the same resonance as Alfa Romeo Stelvio. 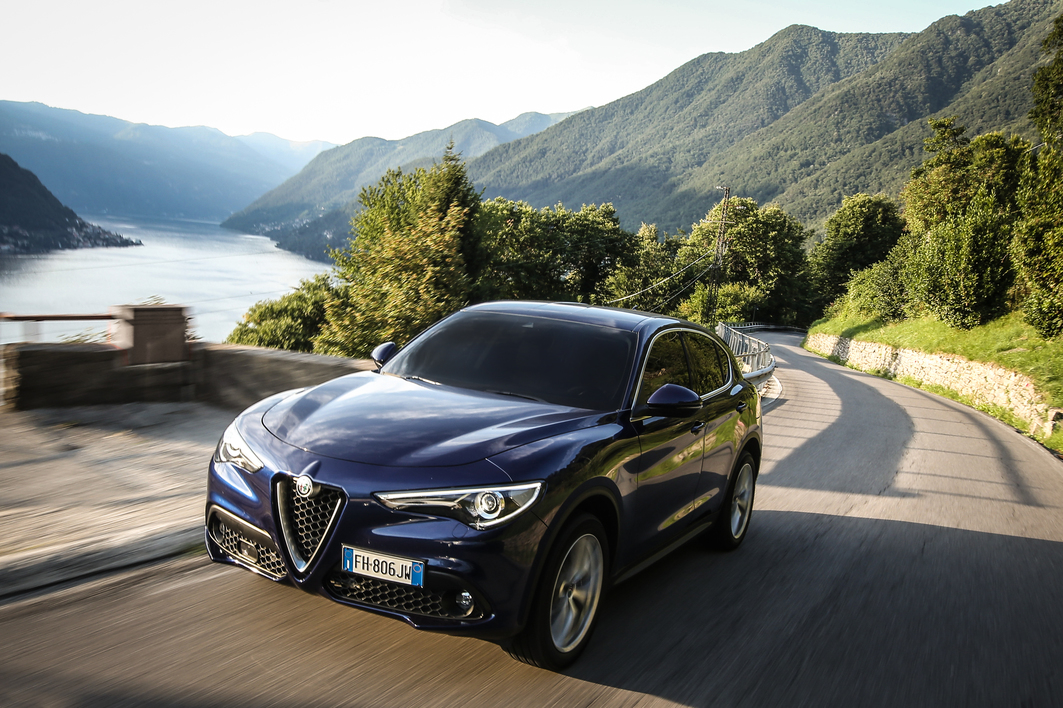 And I must admit the Italian stallion is beautiful to look at as well. Inside it is all Giulia, from the steering wheel to the interior. The quality does not quite reach the level of the German competition.
But the drive convinces. Sharp and spontaneous with just the right amount of tail happiness in dynamic mode. It is the lightest mid-size SUV in the segment, using lots of aluminium and even a carbon fibre drive shaft.

And there is more power on the way. As with the Giulia there will be a hi-performance Quadrifoglio version as well. The Ferrari-derived 2.9-l. V6 bi-turbo with 375kW/600Nm will be available towards the end of 2018.
The Stelvio will do the same for Alfa Romeo as what the Cayenne did for Porsche. It will revive the brand. 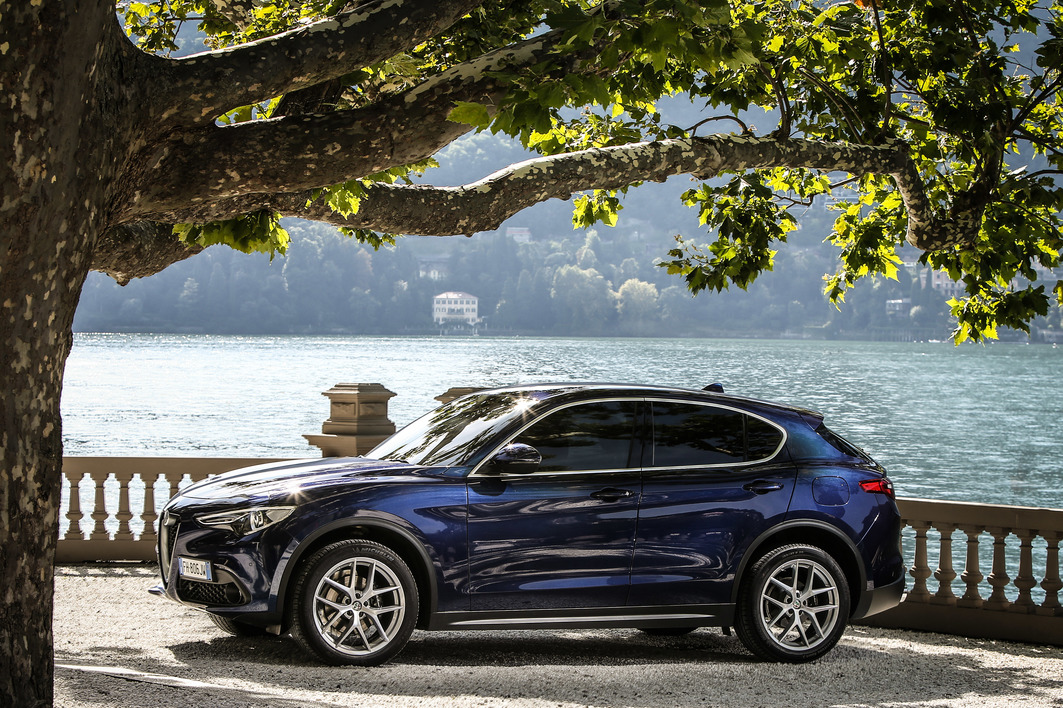 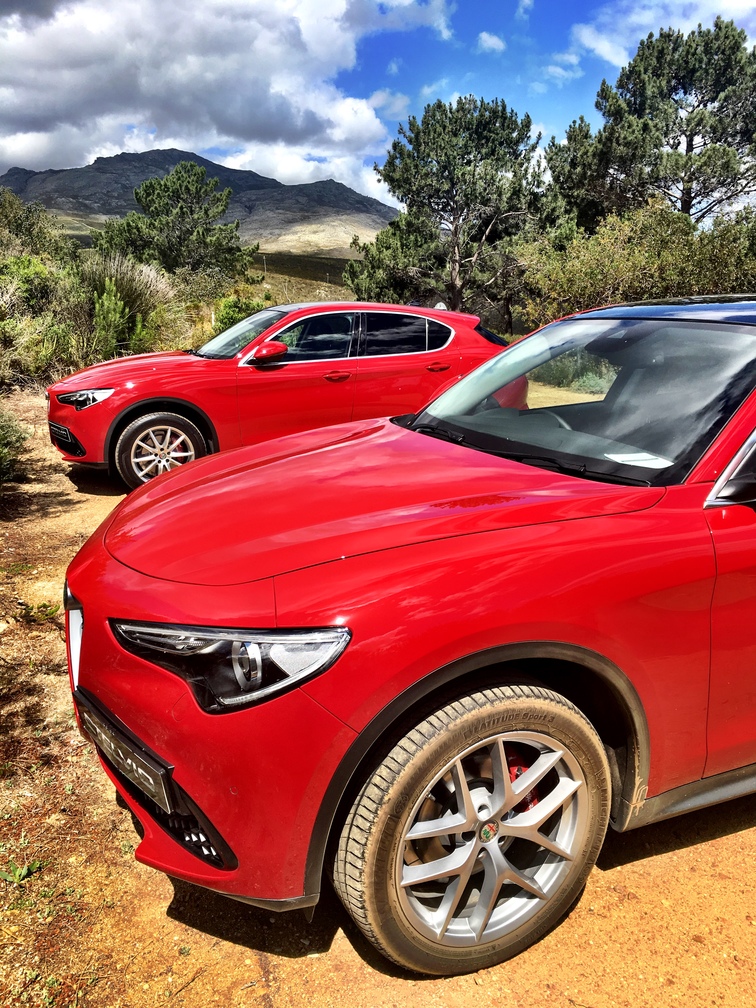