Gone with the Wind – Maserati Levante

Traditionally named after famous winds, like the Mistral, Ghibli, Bora and Khamsin, GQ ed Dieter Losskarn was blown away by the Levante. The wind of change for Maserati. And to adequately celebrate Italian luxury the base hotel was none other than the magnificent Bulgari Resort Dubai on the man-made Jumeirah Bay Island.

Since its inception in 1884 the Italian brand is the epitome of luxury. And the company’s founder wasn’t even Italian, he was Greek. The trademark derived from his name: Sotirios Voulgaris. The phonetic version of which is Bulgari, usually written Bvlgari, as in the classical Latin alphabet. World famous for jewelry, watches, fragrances, accessories and more recently – hotels.
What better place to celebrate another Italian icon than the Bulgari Resort Dubai. Situated on the manmade, seahorse shaped island of Jumeira (= beautiful in Arab) Bay. Connected by a 300m bridge to central Dubai. Built by renowned Italian architectural firm Antonio Citterio Patricia Viel, pairing rare, raw materials according to colour, texture and feel, and sculpting them into objects of timeless beauty. Gardens and pools are illuminated and the landscaping is a blend of Mediterranean with the natural surroundings of the shores of the Arabian Gulf. Interior and exterior with their Italian furniture not only express the quality of ‘Made in Italy”, but also reflect the detail and precision of a Bulgari jewelry piece.
The sculpted cars parked outside the Bulgari Resort entrance adhere to the same principle. The 2018 Maserati range enlightened by the early morning desert sun looks impressive – and inviting. As traditionally Italian as Bulgari, Maserati was also founded more than a hundred years ago, in 1914 in Bologna by the four Maserati brothers. One of them drew up the famous Trident logo, inspired by the Fountain of Neptune in Bologna. 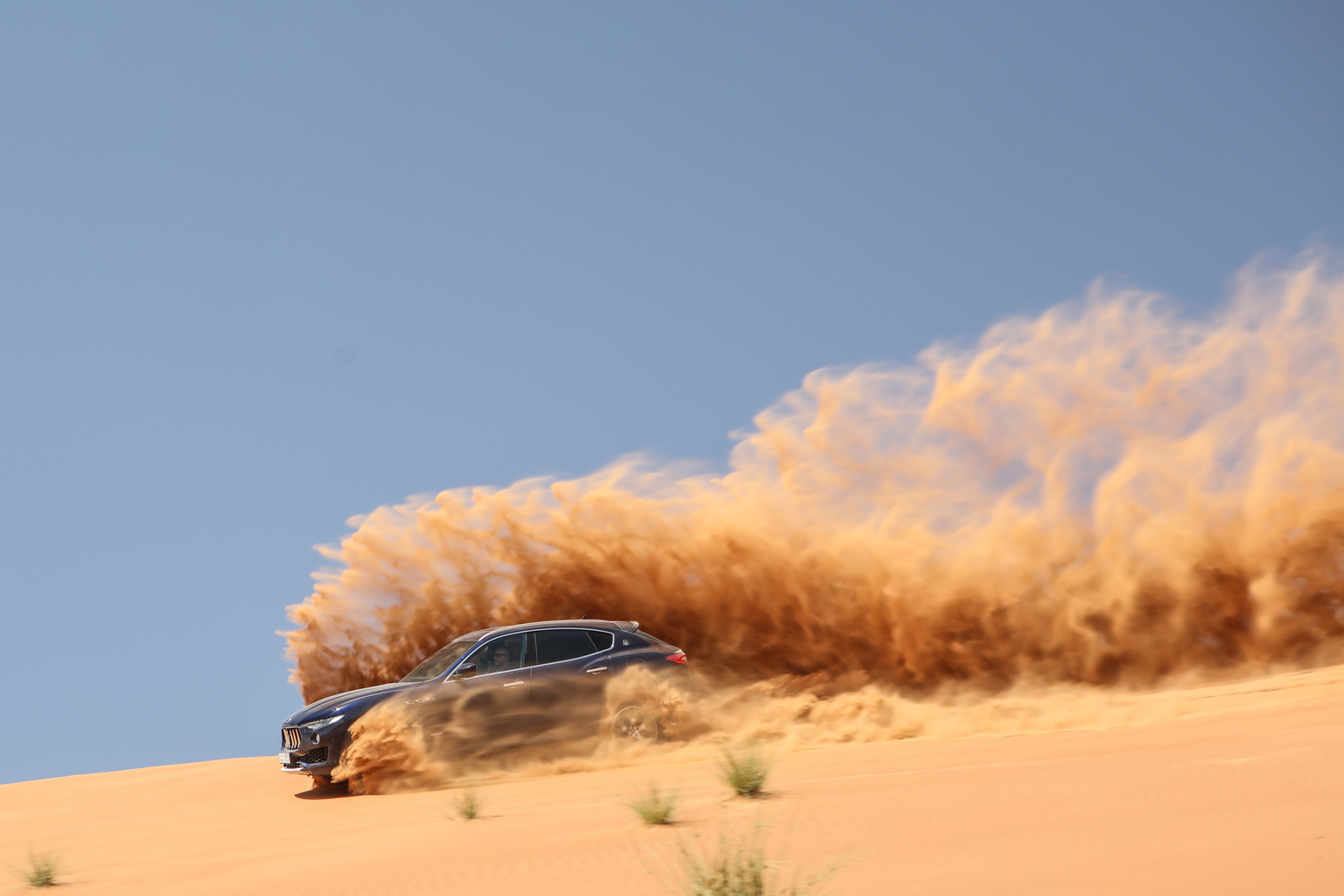 Over the years there was quite a bit of buying and selling going on. In 1993 Fiat bought Maserati and sold it 1997 to Ferrari, who sold it back to Fiat in 2005. Fiat is for Italy what Volkswagen is for Germany, the largest car manufacturer in the country. Fiat currently not only owns Jeep and Chrysler among others, but also the Italian holy trilogy Alfa Romeo, Ferrari and Maserati. 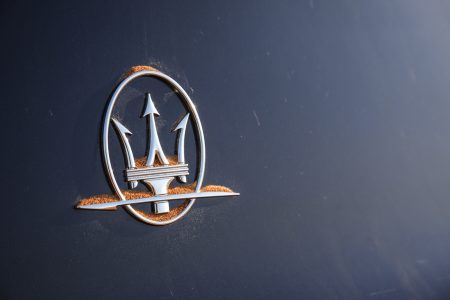 No surprise then that Ferrari builds some of the petrol powerplants for Alfa and Maserati. The V6 engines are made in Modena, while the diesel ones are produced by Fiat’s powertrain company VM Motori. So the former archrivals are now working together. Years ago this would have been impossible. The Italian president once visited the Ferrari factory in Maranello and Enzo refused to greet him at the door, because the statesman arrived in a Maserati limousine.
Now the Levante has a Ferrari engine, so even if Enzo is turning around in his grave, a luxury SUV from Maranello on the Levante platform to compete with Lamborghini’s Urus is not so far-fetched.
Since 2010 Maserati started breaking one sales record after the other and with the introduction of their first SUV ever, the Levante in 2016, sales numbers doubled. But before we go on a drive in the Maseratis, I once again sample something else the Italians are famous for: food. An important part of the Esperienza (= Experience) Maserati is enjoying dishes prepared by Italian chefs in one of the Bulgari Resort’s restaurants, either Il Café or the more relaxed La Spaggia, close to the (artificial) beach.
After a single espresso my Maserati choice is the Levante, or as the marketing department describes it ‘the Maserati among SUVs’. It is the luxurious GranLusso version with sufficient silk inserts in the leather upholstery to dress four men in Italian silk suits. It obviously wants to show off the finer things in life, from the best materials to the hand-crafted stitching and – no more door-banging – the soft door close. The sensual red leather is very red, prompting some envious people to go as far as to name the Levante a ‘brothel on wheels’.
This Italian is challenging Porsche Cayenne, Jaguar F-Pace, BMW X4 and Audi Q5. And it does it in a spectacular, typical Italian manner, with a bolt stance and great sound. The chrome radiator grille is almost obscenely wide open. The 21inch wheels are dominating their arches. This is more than a light Mediterranean dish, it is a hardcore proper meal, a mighty vehicle.
Adhering to the Maserati DNA, to a past of gran tourer philosophy. With a hand-assembled Ferrari engine under the hood, all-wheel drive, build on the Quattroporte platform, featuring Brembo brakes and the lowest centre of gravity in the segment.

Unobtrusive it is not. Neither optically nor acoustically. Pushing the start button the engine and exhaust are hissing and growling as if you accidentally stepped on a leopard’s paw. And in sport mode it gets seriously angry.
As expected by now the ride is on par with the competition of the other high-performance, sporty SUVs. The Levante sticks to the tarmac like a syrup-coated dried date to your fingers. It is very responsive and eager to beat the bends.
The reason for buying a Levante, not a Cayenne, Audi or Merc is an emotional one. Those who want something rarer, more exotic and impressive will go with the wind. 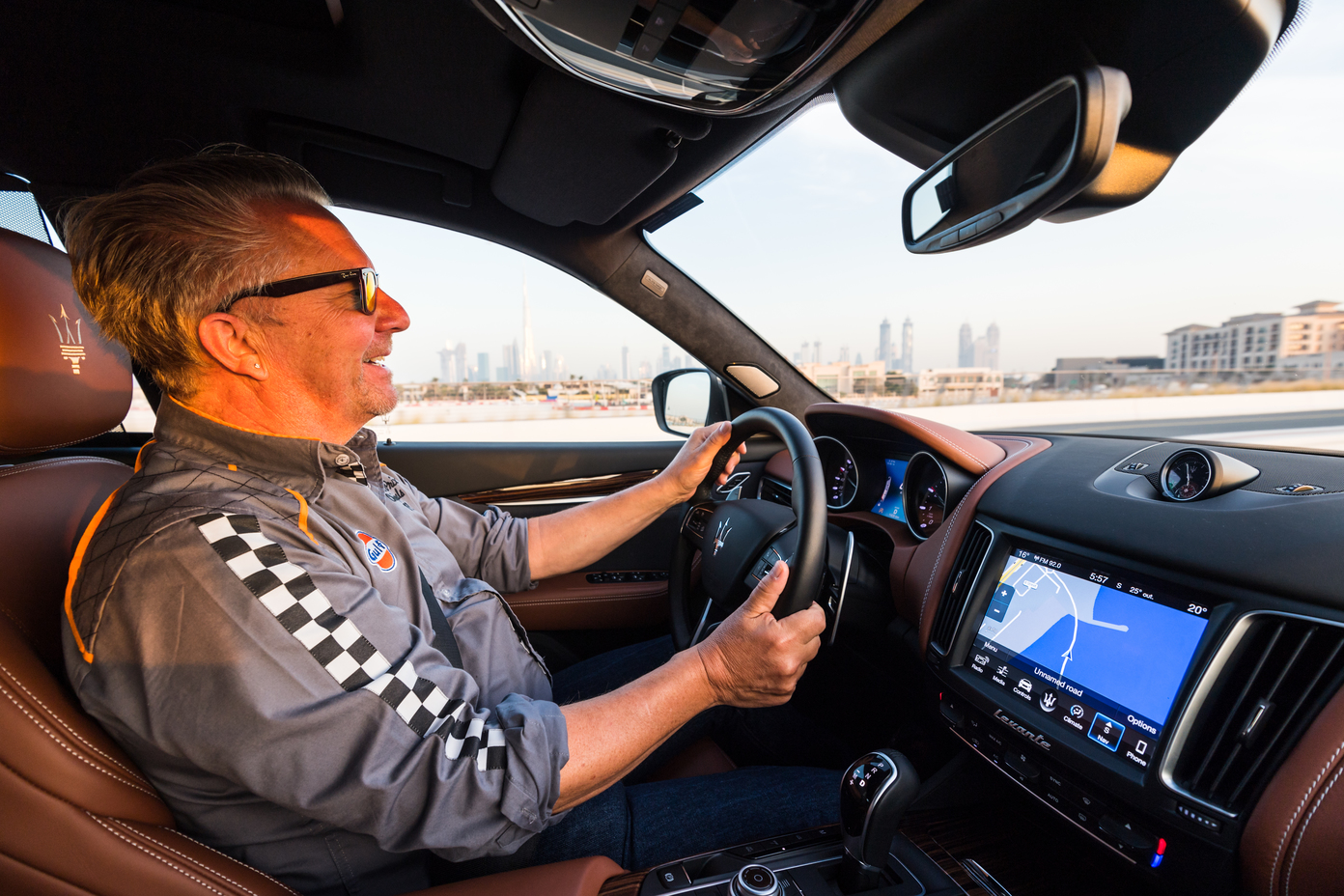 GranTurismo
The typical Italian sportscar with racebred performance.
From R3 317 448 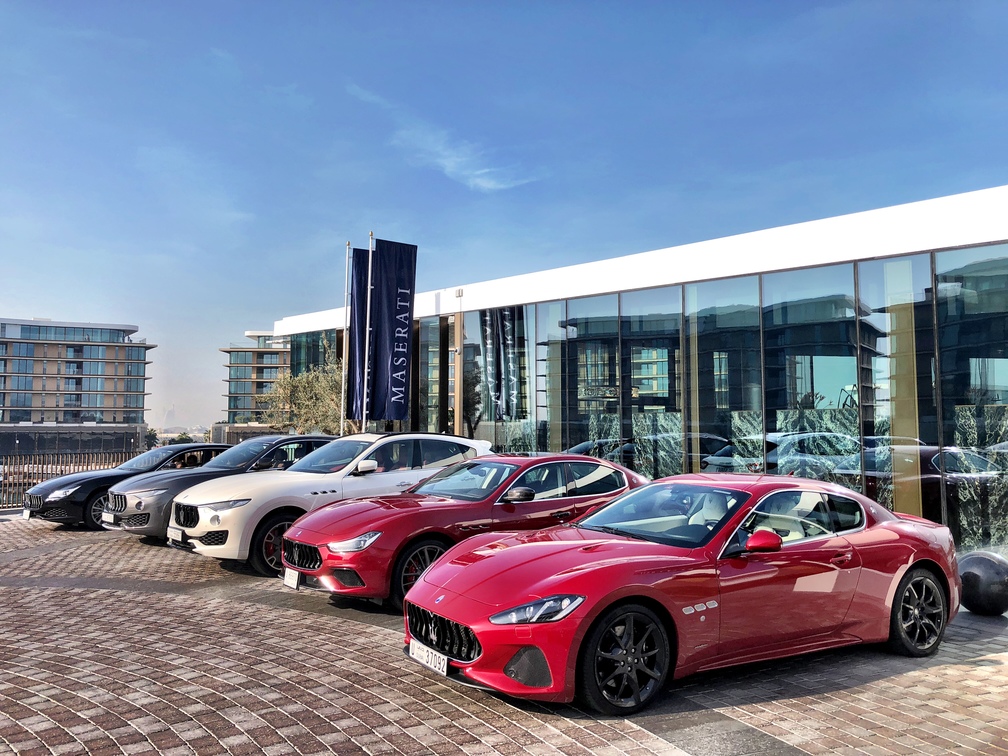 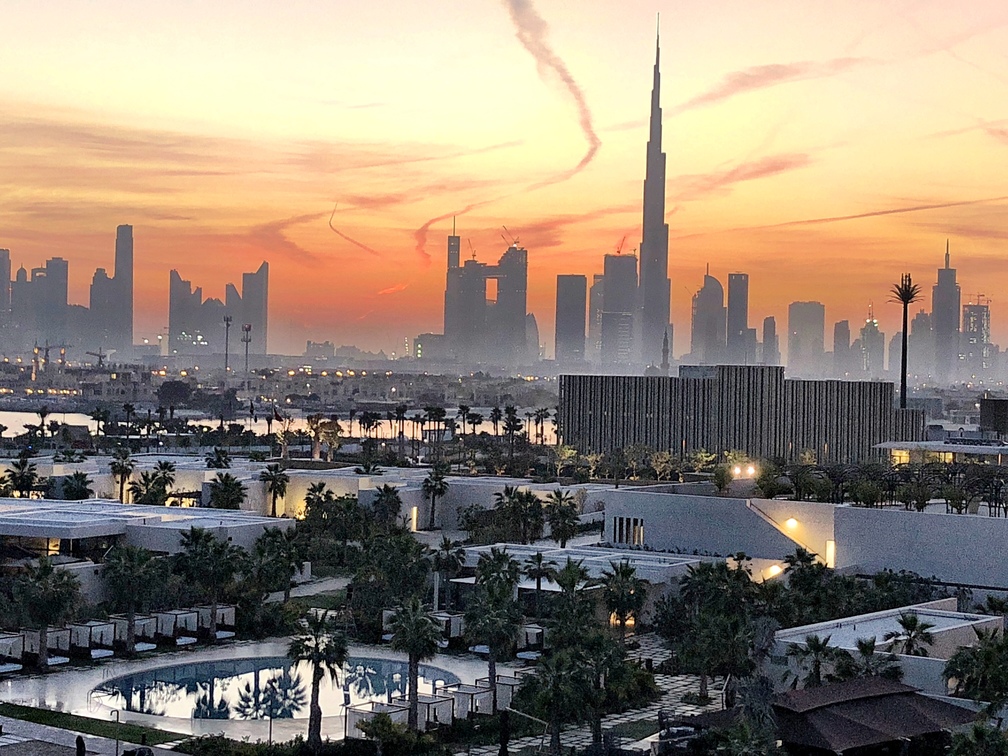 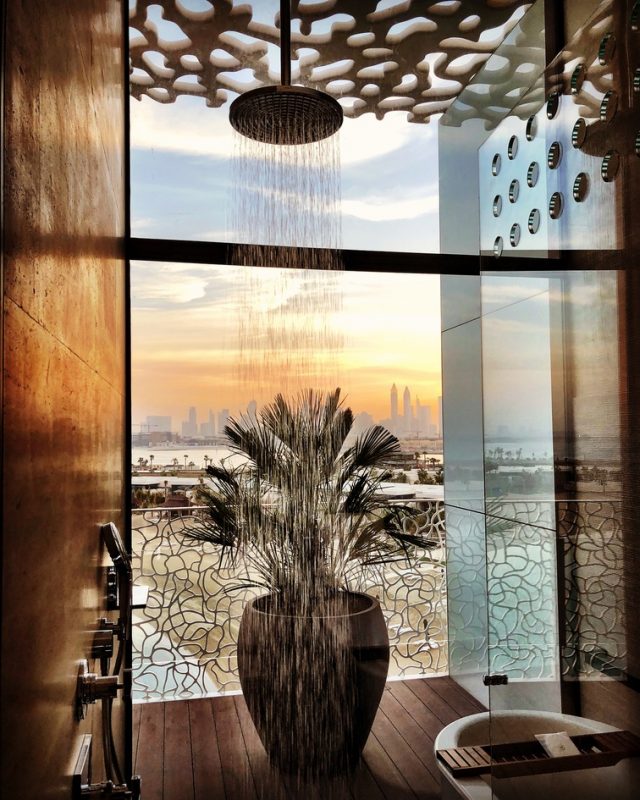 The Louvre, Abu Dhabi
www.louvreabudhabi.ae
The Paris Louvre reloaded in the UAE. The building itself is already a fascinating masterpiece. Inside they have their own exhibits but also some from the most famous museums in the world.

Zaya Nurai Island
www.zayanuraiisland.com
A private island, reached by a short boat ride, where you can make a lunch booking, if you don‘t want to stay in the resort hotel.